As usual for me lately, I need to say sorry for the delay, I'm still working on getting caught up with my podcasts... but here is the Episode 29: The Justice League of Comic Gods

Anyone that knows me, might know that I'm not a religious man (any longer).  I've denounced all of that hokey religion crap... As a wise man once said "Hokey religions and ancient weapons are no match for a good blaster at your side, kid."

But after talking with a co-worker of mine (Hey William), I've decided that I actually do have a religion (besides the Church of the Jedi).  I (much like most of my fellow podcasters and bloggers) worship at the alter of the Comic Gods.

Listen to this episode for more information.  And let me know if you agree....

Then at 19 minutes in, I pull out "At The Movies With Head", where I take a quick peek at the current comic book tv shows and give some brief thoughts on what I'm watching and liking....

Then at about the fifty minute mark, we look at "What's In Head's Longbox?", where we continue our Atom coverage with his next appearance(s)... Justice League of America 225-227 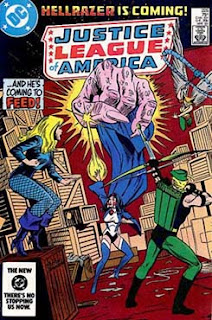 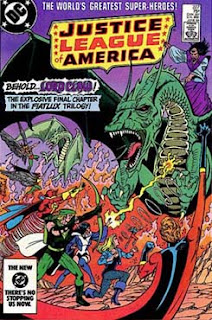 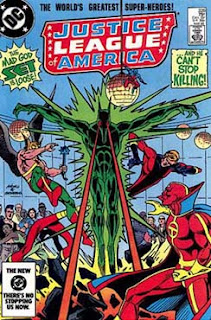 Title: "Let There Be Light"

This three issue arc (sadly not written by the great Gerry Conway), tales the tale of The Atom returning to the Justice League after his recent jungle adventure...

Listen in as I give my opinion on these issues.

Finally an hour and some change later at the hour and fifty two minute mark, we hear, "Where’s Head Going?"
This episode, I look at the podcast: Council of Geeks: 90’s Comics Retrial by Nathaniel Wayne
This show, Nathaniel looks at comics from, well, as the title suggests, the 90s.  One of the most maligned comic eras to date.  Nathaniel looks at comics from his collection, and judges them on their own merits and decides whether that era deserves the hatred and dislike they get.  It's a great show with a great host.
And as me and Shag talked about back in episode 12, the first part of the decade is the last half of my personal Golden Age of comics.

Finally, in honor of Christmas, my final song is "Santa is a B-Boy" by one of the great groups, Whistle.

If you like the show, be sure to rate us and leave some feedback on iTunes.

See ya next time.
Inscribed by Aaron Moss at 8:33 PM